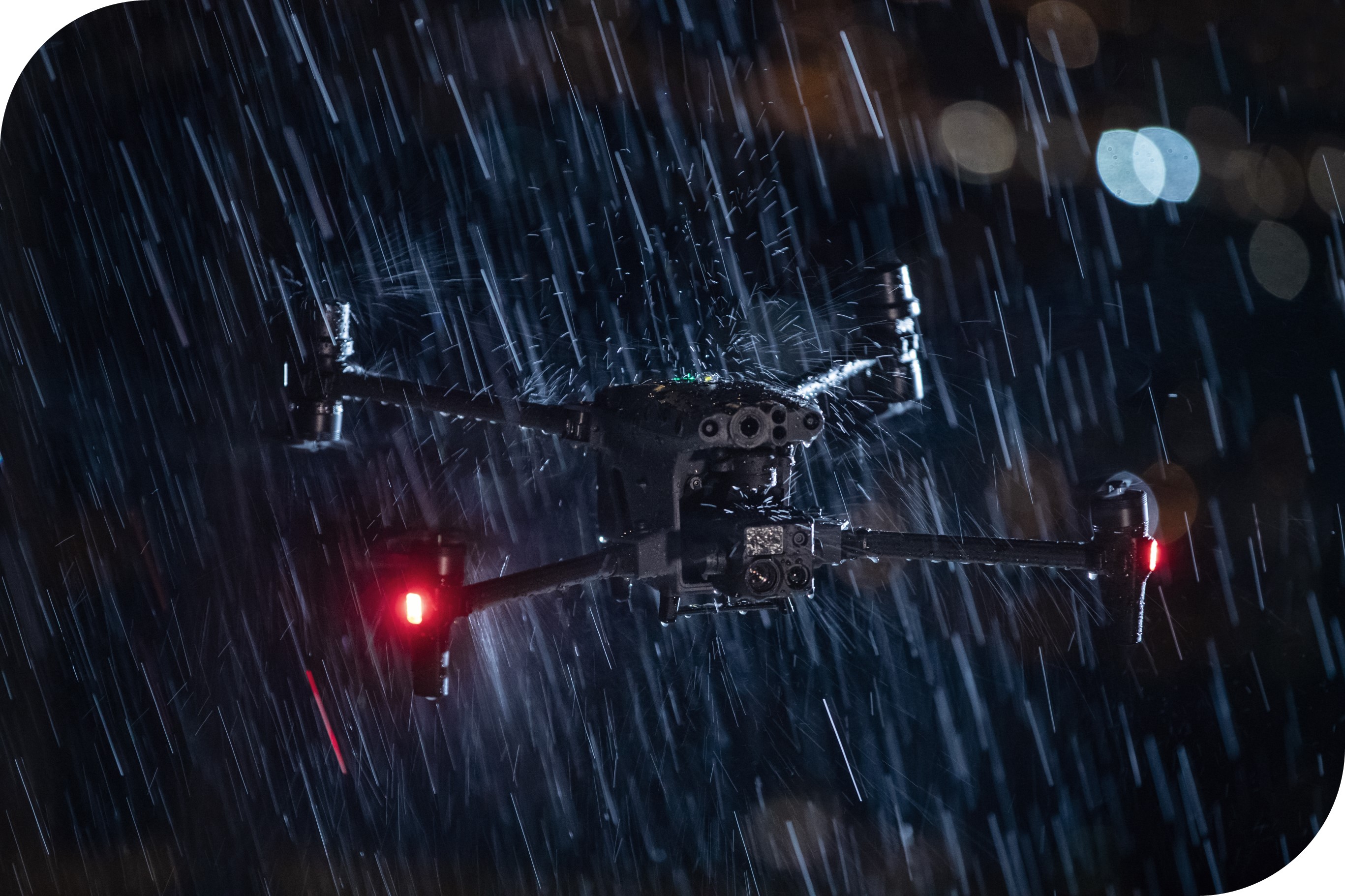 Last month DJI released the Matrice 30 Series, the M30 and the M30T. Two new drones which are as powerful as the M300 with more capabilities than the M2EA. Visually it looks like a strange combination between the two. Its compact and foldable, easy to pack up, carry, and deploy.

The M30 series has powerful hybrid visual and laser rangefinder payload, including a powerful zoom and wind angle camera. It has the ability to record 4k 30FPS. Not only that, but they have an improved FPV camera that offers unparallel low light capabilities, enabling improved performance during night time flights. The M30T has all these incredible features, with the addition of a powerful thermal sensor comparable to the Zenmuse H20T. This allows 640*512@30Hz resolution with a temperature measurement accuracy of ±2℃, enabling clear readings even in the most adverse conditions.

The M30 and M30T proudly boast some of the best performance stats of any of the DJI enterprise drones, despite their smaller size relative to the rest of the range. It has a flight time of 41 minutes, a maximum flight speed of 23m/s, and stability in winds of up to 15m/s.

Whether you’re relying on your drone for key commercial activities, or assisting in public safety or emergency situations. The M30 weights just 3.77kg, and is compact and foldable, the M30 Series is easy to pack up, carry, and deploy.

The M30 and M30T are some of the most efficient drones DJI have produced to date. With their focus on specific enterprise missions, such as search and rescue, there’s no time to be wasted with deploying your drone. The M30’s payload doesn’t require calibration and because of the quick-lock mechanism for its foldable arms, this drone can now be deployed in rapid time.

Similar to DJI’s commitment to efficient deployment, they don’t want any enterprise operations you’re using your drone for to be effected by hostile weather. With an IP55 rating, the M30 and M30T meet the industry-leading benchmark for durability set by the powerful M300. This means whether wind, rain, or shine, there’s no environment the M30 and M30T cannot handle.

Matrice 30 Series comes with the Drone, New RC Remote, 2 x Props, Battery Station. Our bundle includes all the above with 2 batteries and is available at CMS Distribution.